FN Herstal, a world leader of small caliber weapon systems, teams with Dillon Aero to add to its portfolio of FN MAG® 58M and FN M3M™ (GAU-21) machine guns, the Dillon Aero M134D Gatling Gun as an additional option to its airborne pintle mounted systems. FN Herstal airborne pintles are now capable of connecting either to the FN MAG® 58M, the FN M3M™ or the M134D, with all three variants being qualified by FN Herstal. Each armament conversion kit fulfills a segment: the FN MAG® 58M is a 7.62mm cal machine gun with maximum rate of fire of 1,000 RPM; the M134D, also known as the “Minigun” is a 6 barrel Gatling Gun with rate of fire of 3,000 while the FN M3M™ (GAU-21) is a .50 cal firing at 1,100 RPM.

The armament swap on FN Herstal’s systems connections will only take minutes. Swapping from the FN MAG® 58M to the M134D or to the FN M3M™ (GAU-21) on FN Medium Pintle Systems adds flexibility to the end users. Providing end users with the ability to configure the weapon systems with the armament of the customer’s choice greatly improves the helicopter’s modularity and adaptability to specific missions and threats. By offering three variants and turning its airborne pintle mounted systems into modular systems, FN Herstal covers all calibers and segments that are of interest to its customers, and opens a growth path for future weapons solutions.

FN Herstal is a world leader in the design, development and manufacture of small caliber portable weapons and weapon systems, and equips more than 2,600 airborne platforms on all continents. 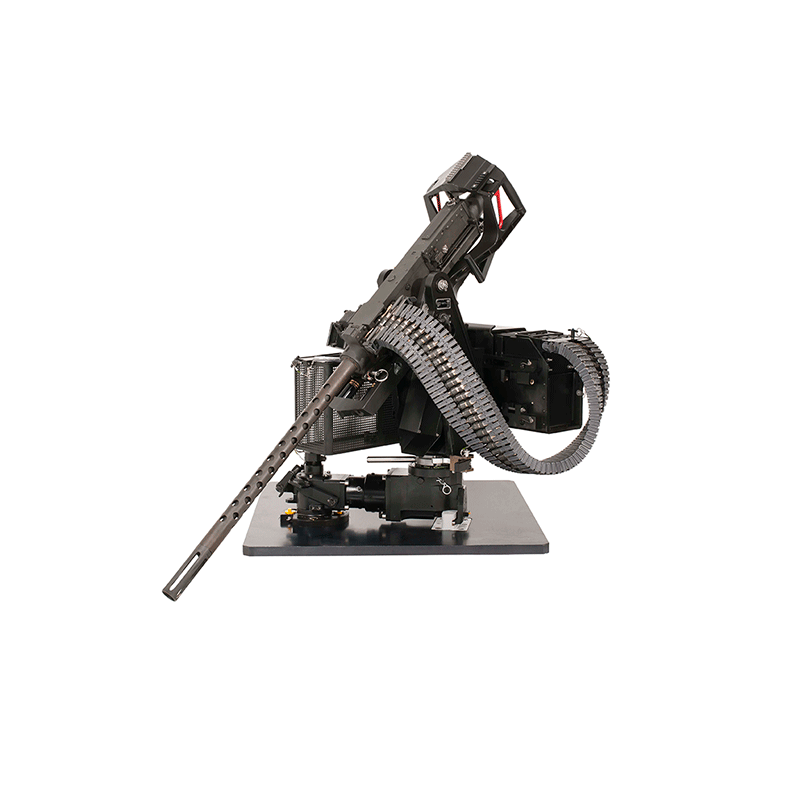